By Mark Shmueli on March 14, 2014 in Uncategorized 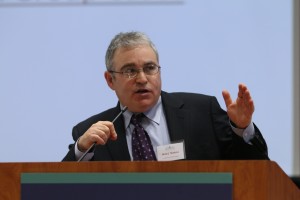 Mark Welcoming Participants on Behalf of the Federal Bar 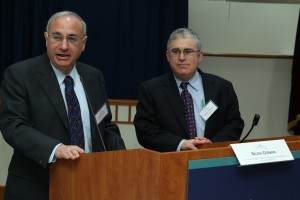 On February 21, 2014 over 200 people attended a  full day two track symposium on Asylum law in the United States presented by the Federal Bar Association (FBA)  and the American University Washington College of Law (WCL) .  The symposium, chaired by FBA Immigration Law Section board member Mark Shmueli, featured both a  fundamentals track and an advanced track.  The former addressed the basics of asylum law along with the presentation and gathering of evidence.  The advanced track covered hot topics in asylum law, including the use of international law in US asylum cases and the Convention Against Torture. 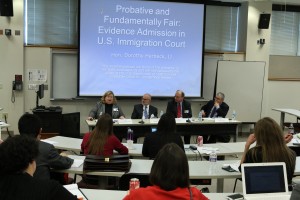 The Federal Bar Association will soon release the webinar of this symposium.  You may contact Mark for more information.   To see the program: 2014-01-17_Asylum Symposium FEB 21

Due to the Coronavirus outbreak, our office will be closed for in person operations as your and our safety is our first priority. However, we will remain open remotely to assist you with your immigration concerns.

Although all USCIS field offices along with some Immigration Courts are temporarily or partially closed, this is a great time to seek consultations, file and begin your immigration case. If you would like to schedule a consultation, please call us at 301-270-2640. If we are unable to answer your call, please leave a message and we will return your call.

To our current clients, we hope you and your family are staying safe and well. Once USCIS returns to normal operation, notices will be sent out to applicants with rescheduled appointments, naturalization ceremonies and interviews impacted by closures. For now, the Executive Office of Immigration Review has also postponed all non-detained hearings scheduled through May 1, 2020. If you have any questions or concerns, please contact us.