“Jane” came to the US to visit a childhood friend and fell in love with a US Citizen. A few months later, she married him in 2009 — with high hopes of starting a new life together. No sooner than she could change out of her wedding dress, he began to verbally and physically abuse her. 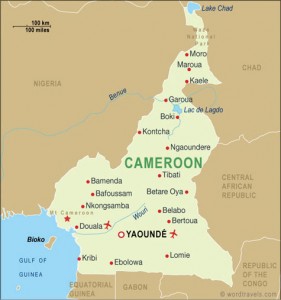 Like many victims of domestic violence , “Jane” stayed with her husband hoping he would change. He began threatening her that if she told anyone about the abuse that “they” would take away her green card. A year later, she had enough of her in-laws and she moved out of the marital home and hoped that her husband would see the error of his ways. Instead, one evening he came over to her rental apartment and attacked her so brutally that a neighbor broke down the door to save her.

“Jane” came to The Law Offices of Mark Shmueli asking us what to do. She had only a conditional green card and few documents to prove that she had entered into the marriage with good faith. “Jane” was reluctant to tell her story at first, but after multiple meetings she began to open up.  With her Petition to Remove the Conditions on her green card, we included written statements from the childhood friend to whom she had disclosed the abuse and the neighbor who had saved her, and provided the one bank statement she had with her marital address. The Service then issued a multi-page request for evidence (RFE) — and without additional physical evidence of the attacks, we counseled our client to consult with a therapist for a mental health evaluation. “Jane” worked hard to get her life back together and she was able to put together the evidence required to preserve her status and obtain a permanent resident card.

Spousal abuse is a hidden menace of our society. It is well-known that the abuser is breaking the law, but victims often suffer silently under the brutal dominance of their abusers. Many immigrant victims are unaware that there are protections for them under the immigration laws of the United States and are unable to reach a qualified immigration lawyer. As advocates we must strive to make our services available to the communities that need them most.

Due to the Coronavirus outbreak, our office will be closed for in person operations as your and our safety is our first priority. However, we will remain open remotely to assist you with your immigration concerns.

Although all USCIS field offices along with some Immigration Courts are temporarily or partially closed, this is a great time to seek consultations, file and begin your immigration case. If you would like to schedule a consultation, please call us at 301-270-2640. If we are unable to answer your call, please leave a message and we will return your call.

To our current clients, we hope you and your family are staying safe and well. Once USCIS returns to normal operation, notices will be sent out to applicants with rescheduled appointments, naturalization ceremonies and interviews impacted by closures. For now, the Executive Office of Immigration Review has also postponed all non-detained hearings scheduled through May 1, 2020. If you have any questions or concerns, please contact us.